The cooperation between the Chamber of Skilled Crafts (HWK) South Thuringia and Walters State Community College (WSCC) in Tennessee, USA, officially started with a virtual kick-off on August 2. As part of this project, the HWK is working with WSCC, employer organizations, the Tennessee State Department of Labor and the Atlanta Chamber of Commerce Abroad (AHK) to introduce five specific job profiles in plumbing, heating, air conditioning and butchery. In these areas, the demand of local SMEs for qualification is increasing, which is why the WSCC is planning to expand its portfolio to include the aforementioned five programs. The HWK South Thuringia will cooperate in the conception and implementation of these vocational programs. This also serves to secure the skilled workforce of the SMEs (German) in the region. In addition, the initiative for a regionally and nationally adapted transfer of the concepts of inter-company vocational training center and inter-company apprenticeship training is to be suggested.

The virtual kick-off on August 2, 2021, served primarily to prepare the first project phase, in which the framework conditions for the planned implementation of the new occupational fields are to be elicited. The project team defined the first steps of the collaboration and a regular jour fixe was established. The aim of the first two work packages is to lay a good empirical foundation for the further work steps and to introduce the project partner to the German training system via systematic capacity building in order to localize and implement the transfer potential in the follow-up.

The cooperation of the HWK South Thuringia with the WSCC is part of the project “WiSoUSA” funded by the Federal Ministry of Education and Research under the funding guideline WiSoVET. Other project partners are the Chambers of Commerce Abroad in Chicago, New York and Atlanta. The project (running from July 2021 to August 2024) is intended to make a contribution to bilateral vocational training cooperation.

The aim of the project is to pilot new developments of commercial occupational profiles, such as office communication clerks, engagement in the industrial sector and pharmacy, as well as the new development of craft profiles (e.g. in the areas of bakery, butchery, SHK and offshore wind energy plants). The occupational profiles follow the action-oriented approach. The “learning location” school as a dual partner is promoted and further developed by a holistic vocational school teacher training, which the joint project pilots. The great strength of the joint project lies in its broad regional base.

Through the project partnership with the AHKs, new country-specific and demand-oriented models of certification can be designed and tested. The degrees that are being developed here will also be related to the problem of recognition in the immigration of skilled workers from third countries. 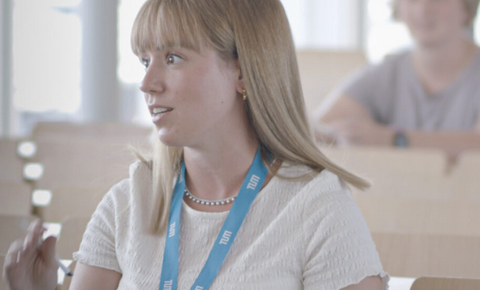 Master in Vocational Education and Innovation@TUM 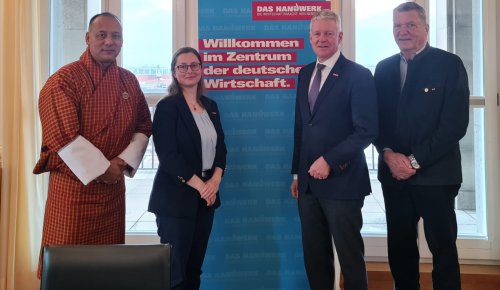